Why I'm a LinkedIn PANDA instead of a LION

I'm a Leo. The zodiac symbol is based on the Nemean Lion, a vicious monster in Greek mythology that could not be beaten because its golden fur was impervious. Its claws were sharper than swords and could cut through any armor. Fortunately for us mortals, it was eventually killed by Heracles.

I also graduated from Old Dominion University. Our mascot is the Monarch - represented by a majestic lion (contrary to ESPN once calling us a butterfly). ODU was established as a division of the College of William & Mary, and the crowned lion is a fitting representation of King William III (and perhaps Mary II, who together ruled England as "joint monarchs").

I'm a lion to my core - except on LinkedIn. A LinkedIn LION is a user who needs a large network (think recruiters, cold call sales, etc.). It stands for "LinkedIn Open Network" and these professionals will connect with almost anyone on LinkedIn. The purpose is to maximize their reach and visibility on the platform and beyond. With more connections, they can reach more people and have more effective LinkedIn searches. It is not uncommon for a LION to have tens of thousands of "connections".

To the contrary, I have been working to deepen the strength of my LinkedIn network, and focus on being a PANDA rather than a LION. Pandas are picky - biological carnivores who instead choose to focus on bamboo for example. Thus, I have not accepted every LinkedIn invitation or responded to every message, and even purged my network of connections who really just want to pitch something.

PANDA stands for "Purposeful and Abundant" - a network of deeper relationships with an eye towards giving something to my connections versus selling something to them. This is opposed to the LION's definition of abundance build on large numbers. For me it's about quality, not quantity. I am focusing on better content, more thoughtful comments, and answering the calls for assistance wherever I can.

As a PANDA, I am not only choosy about what I post and who I connect with (in other words, "purposeful"), I also want to earn the right to be connected. A meaningful LinkedIn connection is one that creates value for both parties involved. For such connections to last, there has to be a two-way street. If I'm the only one getting anything out of the connection, why should the other person bother to stay connected?

Building stronger and deeper connections are far more helpful to your career than just building a large database. I encourage everyone to review the many blessings they have within their connections, and appreciate the abundance that is already there. Build new connections with purpose. Stop looking for what you think you should receive from your network, and focus on what you have to offer.

If the Panda were a Zodiac sign, I believe those born under it would have a desire to improve the world around them, but their approach to doing so is a bit different. Members of this sign believe that improving the lives of others is the best way to improve their own lives.

David S. Burnett, CPA | dburnett@accountingbullpen.com
David is a C-Suite financial executive who also provides coaching and inspiration to anyone who will listen.His company, Accounting Bullpen LLC, strives to create a better every-day life for a business owner whose passion is interrupted by bookkeeping.David is still searching for a college team with a Panda mascot.
Share 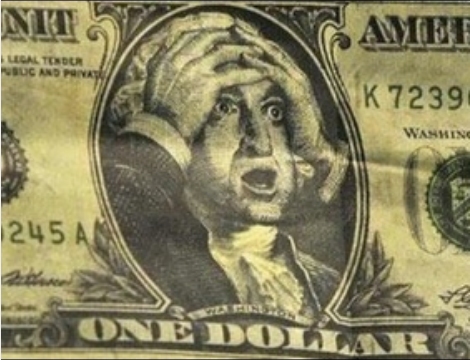